Who was it who said, “Do something every day that terrifies you”? Albert Einstein? Ben Franklin? Lewis Carroll?

I’m not that often outside of my comfort zone. But, two weekends ago, I filled my quota. I wasn’t terrified, though, just a bit nervous. I went backpacking for two nights in Mt Rainier wilderness with one friend and three strangers for my friend’s bachelorette party. 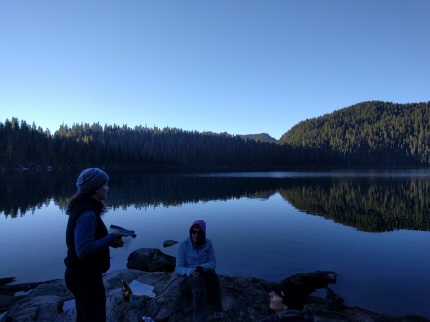 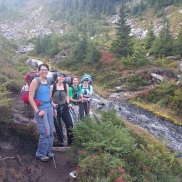 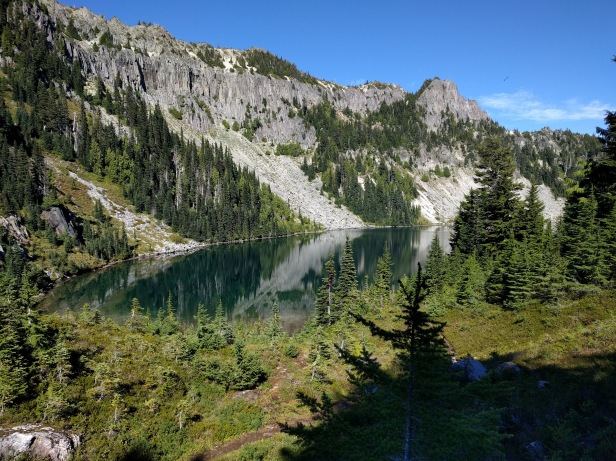 Freshman year of college, my roommate and suitemates all decided to sleep under the stars in the university arboretum. I’d never been camping outside of an RV, and this idea sounded bad. Cold, wet, bugs. Who knows what else. I’d had a fall-back in high school: “My mom won’t let me go.” Now it was down to me, and did I want to be the one to say no? That, and I had a bad case of FOMO and didn’t want to be the only one left in the suite that night.

So I said Yes. But the whole time we were getting ready, I was thinking and probably saying things like “What if it rains, what if it’s cold, what if a spider crawls into my sleeping bag?” My roommate, who was also a biology major, said, “How can you be an environmentalist and be so worried about sleeping outdoors?” I didn’t have an answer to that, so the rest of the evening I kept my worries to myself. Once outside, we traded snacks and stories and made smores with untoasted marshmallows due to no fires in the arboretum.

Then we went to bed and I just hoped I wouldn’t swallow a daddy long legs in my sleep. We woke up, gradually one by one, as the sky started to turn pink. I’d slept surprisingly well. I got teased for how often I said “That was so much fun,” or “We should do this again.” It was the first time in my life where I said yes, however reluctantly, to something that freaked me a little.

That, combined with a few other experiences in life, taught me to recognize the voice that didn’t want to do things just because they were new or a little risky, and to separate it from the voice that tells me whether something’s right for me or not. In other words, I learned how to have a yes readily on my tongue. 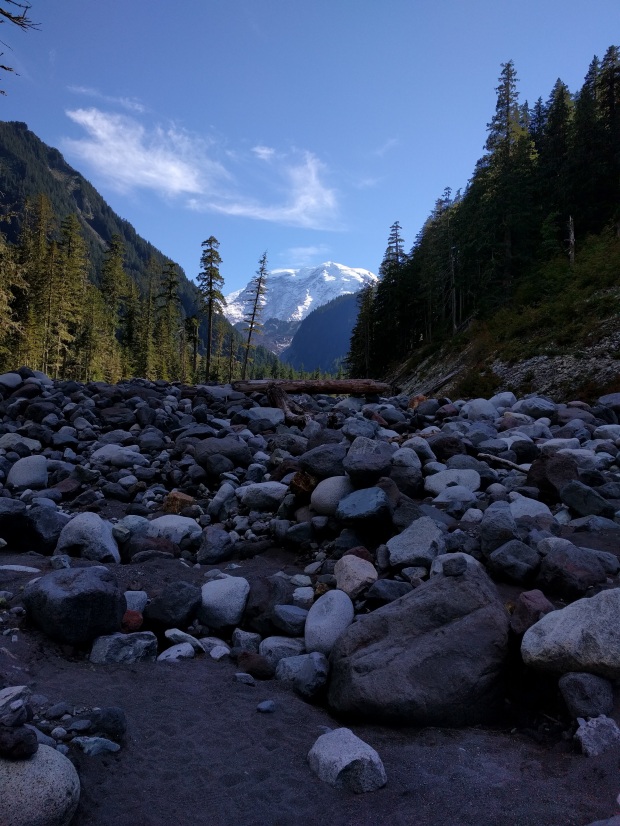 So when my friend asked if I’d join her and several other women for a weekend of backpacking,  I said yes, even though a voice was saying “I don’t want to.” I recognized that voice because it gave itself away with thoughts like “You’ve never been backpacking before, you don’t know what you’re doing; wait and go with Nathan, later, sometime in the future.” And “You don’t know the other people going. What if you don’t fit in? What if they don’t like you?” So I shut it down with arguments in favor.

Out of all the other people, I was the only one who’d never been backpacking before. I knew I’d be in good hands, and I’d been reading backpacking blogs from time to time. I knew I could borrow gear from my friend, and I knew that doing something for the first time with a bunch of people who are experienced is exactly the right “in” for me. I’d be able to see how they do things; make note of what kind of camp stove they bring; see what kind of sleeping mats and tents they carry; see what they do to keep the food out of reach of bears at night. Then when I do go with Nathan, I’ll feel a lot more prepared.

My hesitancy about the other three women on the trip disappeared as soon as I met them. Usually a friend of my friend is just as cool and nice as my friend, and this proved true again. One brought beer and fresh bread and tapenade, one brought brownies and cupcakes, one brought enough wine to last us for two nights and then some. The very first night, I laughed to tears when one of them jumped up and so violently shooed away the gray jays who dive bombed our picnic that she accidentally threw them the brie in her hand.

Every night was filled with belly laughs, delicious (yes!) camp food, and wine. So much so that it made up for the fact that by the middle of the afternoon on Saturday, I could barely walk. And Sunday was half a struggle. I have ornery hip flexors, and the amount of climbing we did on Saturday, with the unaccustomed weight I carried, aggravated them so I could barely lift my left knee. Each step made me groan, and I fell way behind the others. Thankfully, they didn’t let me lag for long, and once they realized I was injured, they took some of my weight off my pack and let me set the pace.

We talked about family, about relationships, about work. I thought about career success and what I want it to mean to me. I thought about how lucky I am to have found Nathan. Frankly, most of the time I thought about how to take my next step with the least amount of pain. I thought at one point that I’d rather run another marathon than go backpacking again. Thankfully, that wore off after half a week and I’m already pinning more ideas on my Pinterest board and saving potential hikes to my WTA backpack and perusing gear on REI.com.

Despite my bum hip, I’d say Yes again. Yes to making new friends. Yes to taking risks. Yes to gritting it through pain. Yes to seeing incredible sights. And Yes to first-time experiences!

Stuff That Needs To Be Said

someonesbrother
The Blog - Finding myself in a funny place...

Though she be but little, she is fierce.